Update on the Future Homes Standard and proposed Building Regulations Changes to Energy and Ventilation Standards for new homes.

Since the tragic events of the fire at Grenfell Tower in 2017, other pressing matters such as Climate Change appear to have taken a back seat as politicians and construction leaders have been focusing mainly on Fire Safety issues and the broader concerns about whether the entire industry is fit for purpose.

With the UK hosting the G7 summit in Cornwall in June, the media headlines throughout September have been dominated by the activities of a protest group called ‘Insulate Britain’, and there is a general sense of urgency to take action to save Planet Earth in peoples’ minds. It might feel reassuring that, after very little impetus or will to make technical changes in the arena of Conservation and use of Energy, we can now prepare for the latest set of amendments to energy efficiency standards to take place in almost a decade.

Following their Future Homes Standards Consultation in January 2021, the Government have stated their commitment to deliver Zero Carbon ready homes by 2025. The consultation document set out proposals for interim changes to the Building Regulations changes to Part L (Conservation of fuel and power) and Part F (ventilation) and Overheating Regulations for domestic and non-domestic buildings. The aim is for the reduction of CO2 emissions from all NEW homes to be reduced by 31%, from what is currently acceptable under the Building Regulations and to introduce measures to mitigate against overheating in residential buildings.

The new Part L (L1A – New Build Residential and L2A – New build non-residential) is anticipated to be published in December 2021 with an implementation date of June 2022.

There are design implications for developers of new homes which must be considered now…as the new regulations will apply to all projects notified after that date, and to those not commenced by June 2023. It is worth noting that the transitional ‘loophole’ used in previous years has been removed and commencement applies to individual plots and not the whole site.

The design of Buildings must either meet or exceed the target Notional Building Specification or – if the design deviates from this combined element approach – improvements must be incorporated elsewhere to ensure the actual building is equal to or better than the notional building.

Gas-fuelled central heating is proposed to be withdrawn in 2025, but where the building is heated by gas the new proposals include upgrades such as:

After 2025 the use of Heat Pumps (air source in most cases) will reduce the need for solar panels and should allow greater flexibility in the design and thermal elements.

When the dwelling is complete:

Full details have not yet been released for the new Approved Document for Overheating, but we can anticipate that it is likely to include :

Of course, many people will feel these changes are too little too late and do not go far enough. And the elephant in the room remains what to do with the existing housing stock. some 29 million homes that contribute to nearly 15% of the UK’s total CO2 emissions! And that does not include the other social and economic costs of leaky homes. I think that we may not have heard the last of Insulate Britain’s campaign for a nationwide retrofit programme. 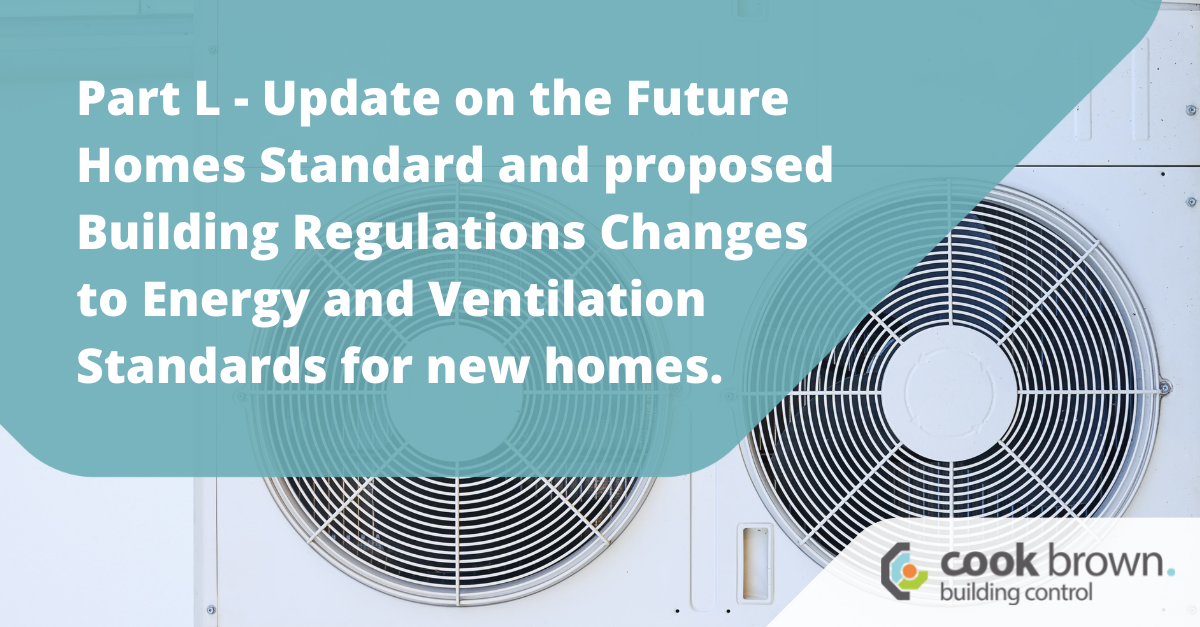